The secreto is a small, hidden (“secret”) boneless cut from behind the shoulder. Tender, well-marbled & delicious, this is a great cut for quick cooking applications like searing or grilling.  It offers great flavor even when simply served seasoned with salt & pepper.

Even though it's cut from an entirely different part of the animal, secreto is sometimes referred to as “skirt steak” in the US, because it’s cooked similarly.

Iberico pork is a Spanish culinary treasure, amongst the finest pork in the world.  While Iberico is best known for the famous slow-aged hams, the other cuts are succulent, moist & delicious.  This Iberico pork is raised free range on traditional Spanish pastures known as dehesas.  It’s fed a natural diet of grain, corn, wheat, grass & forage.  No added growth hormones or sub-therapeutic antibiotics are ever used.

Keep iberico pork secretos frozen until you need them, then thaw before cooking.

The secreto is delicious simply seasoned with salt & pepper, then grilled or seared to your preferred doneness.

The USDA recommends that all pork be cooked to an internal temperature of 145°F for safety, with a three minute rest before serving. However, Iberico is often served more rare in Spain.

Be the First to Review! 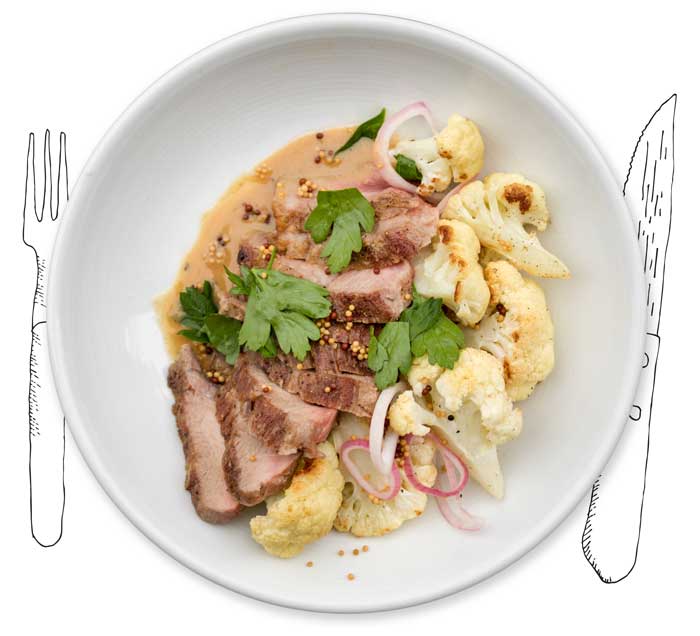 "The texture of the secreto is insane, it’s so good."
– Liv
read about iberico in our test kitchen >