The shoulder eye steak (aka Presa, Macilla, Iberian Ball) is a prized cut from the shoulder that is remarkably marbled, succulent & tender. It is typically seared, roasted or grilled whole or sliced. In Spain it is also sometimes cured.

Iberico pork is a Spanish culinary treasure, amongst the finest pork in the world. While Iberico is best known for the famous slow-aged hams, the other cuts are succulent, moist & delicious. This Iberico pork is raised free range on traditional Spanish pastures known as dehesas. It’s fed a natural diet of grain, corn, wheat, grass & forage. No added growth hormones or sub-therapeutic antibiotics are ever used.

Keep Iberico pork cuts frozen until you need them, then thaw before cooking.

Iberico shoulder eye steaks are delicious seared, grilled, or roasted (whole or as slices). The flavor of this pork is such that they can be delicious simply seasoned with salt & pepper.

In Spain this cut is also sometimes cured for charcuterie.

The USDA recommends that all pork be cooked to an internal temperature of 145°F for safety, with a three minute rest before serving. However, Iberico is often served more rare in Spain.

We just cooked and served our first Presas last night. Two grilled to 131 degrees (like tri tip) and let rest for 10 minutes were incredibly tender, flavorful and juicy. But not fatty at all. They served 6 with leftovers for pork sandwiches today. I made a Provençal sauce as an accompaniment, but they would have been delicious unadorned. I think they’d roast beautifully in the oven, again like tri tip. Expensive, but VERY worth it! 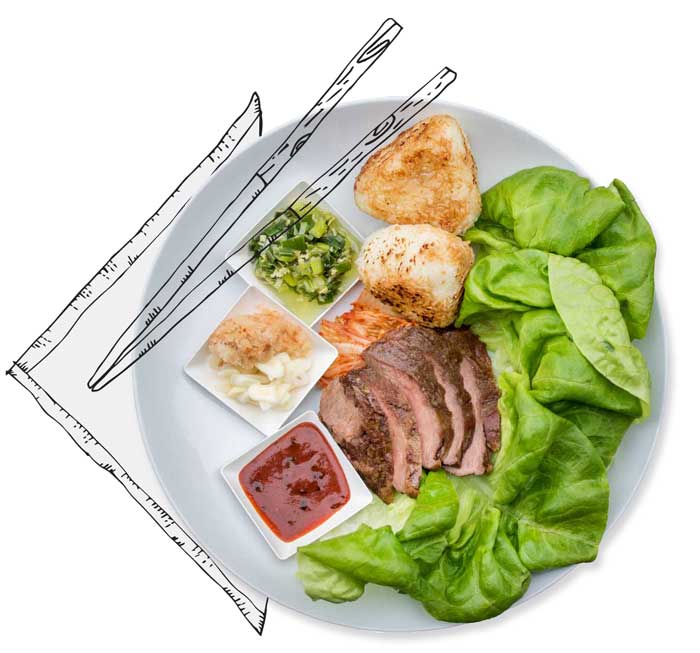 “The Presa is a great, really versatile cut. It has a really great texture – really tender but with a fine grain. ”
– Liv
read about iberico in our test kitchen >